The first known ecdysiast was probably Salome, performing a striptease before Herod. But while contemporary performers are more likely to be rewarded in cash, Salome’s mother demanded John the Baptist’s head on a silver platter.

In 1940 Georgia Sothern, a Baltimore stripper wrote to H. L. Mencken, one of the most influential critics of the 1920s and 1930s: “I am a practitioner of the art of strip-teasing. There has been a great deal of criticism leveled against my profession. Most of it arises from the unfortunate word strip-teasing, which creates the wrong connotation. If you could coin a new and more palatable word to describe this art, I and my colleagues would have easier going. I hope you can find time to help the members of my profession.”

Mencken replied to Ms Sothern, “I sympathize with you in your affliction. It might be a good idea to relate strip-teasing in some way to the zoological phenomenon of molting, which is ecdysis. This word produces… ecdysiast.”

Ecdysis, from the Greek ekdyein, “to undress, to get rid of the garments”.

The term ecdysis, in its biological sense, is synonymous of moult (also from mutation) in the sense of shedding the external structure that covers an organism, whether it be skin or exoskeleton. It is a significant event in the life cycle of many species because they divest themselves of what keeps them from growing, from their development towards the adult or imago state.

To take off what was outgrown… To get rid of the left over, of what fails to speak for us in the present for time, thought or desire have modified us. Is this the secret for growing up? Sure enough, the concept of ​​detachment doesn’t quite typify the human species. More the opposite, man tends to accumulate, to keep everything for himself.

So, why not drop all that’s oppressing, all that withholds us from a transformation? Why not change those garments of the body or the soul that do not questions us from the present?

The purpose of this strip act is, through the shedding of an overloaded artificial clothing, to signify nakedness as the natural garment of the ambiguous creature, of unique unclassifiable beauty, that executes it. 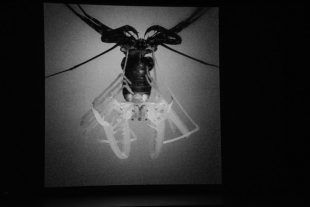 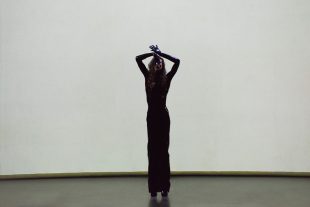 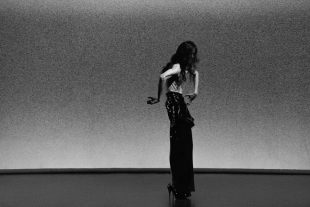 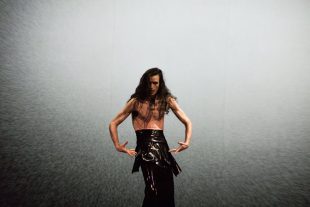 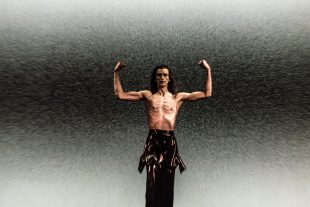 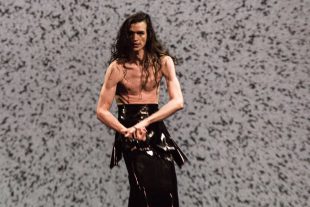 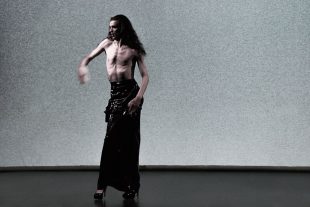 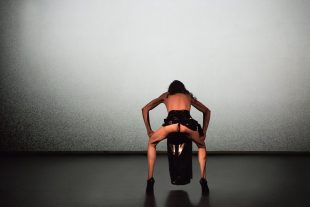 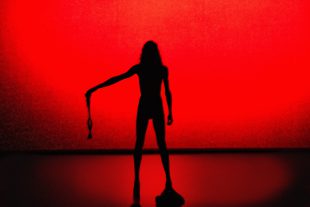